Wollongong has numerous cafes and restaurants to cater to all tastes. Hot spots for dining opportunities are at the beachfront between the Novotel Hotel and Wollongong Lighthouse, and also in the city along Crown Street. A selection of some of Wollongong's best restaurants may be found in the Australian Good Food Guide.

A recent public survey by the Illawarra Mercury highlighted the city's 10 favourite bars.

Being a coastal town, Wollongong has 17 surf beaches on offer, which are patrolled between September and April. If you fancy a scenic drive south along the coast, there are even more beaches located throughout the towns south of Wollongong. If you like the sea air but aren’t so much a fan of the sand, Wollongong also has a selection of rock pools for a nice relaxing swimming experience.

Read about how the south coast takes the best beaches title here. 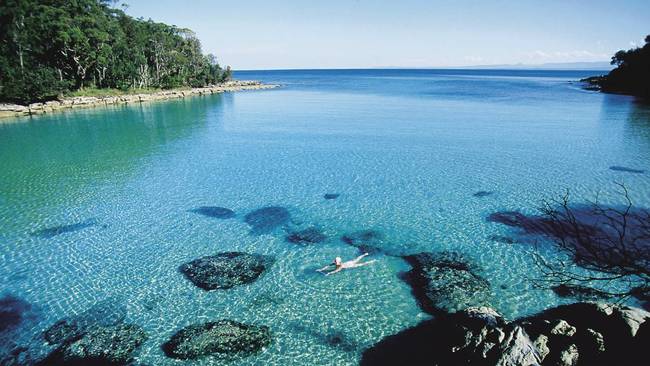 The Illawarra Fly Treetop Adventure is one of Australia’s premier treetop walk and zipline experiences. The 1.5 km return walk along a steel walkway features beautiful native rainforests. The central tower, reaching  nearly 50 m above the forest floor, provides stunning panoramic views of the surrounding coastal towns and is a great way of getting a view of the local area. Also available is the Illawarra Fly Zipline tour, which is officially the highest zipline tour in Australian, and involves a series of cable spans and suspension bridges up to 35 metres above the forest floor.


View the beach from the best angle by skydiving directly over the beach in Wollongong and experience the widest blue yonder you will ever know. Securely attached to your experienced tandem instructor, you will be guided through your entire skydive. Free-fall reaching speeds of up to 220km/h for up to 60 seconds, your instructor will pull the chute and you will soar serenely like a bird for over 5 minutes taking in the breathtaking views.


Wollongong's original micro brewery is located next to WIN Stadium right at the south end of City Beach, just a short walk from the Wollongong CBD. Brewery tours are available and tasting bar sessions are held on Tuesday, Friday and Saturday between midday to 6pm.

Mt Keira is a local landmark of Wollongong, and at 463.9 metres high is located immediately behind the local university. A number of walking trails are available to the top of and around Mt Keira, including one that commences from the edge of the University of Wollongong. Alternatively you can just drive to the top to take in the view. A kiosk serving coffee and light meals is available at the summit.

The Sea Cliff Bridge is a 665 m bridge that is shaped like a slithering snake, sweeping back and forth over the waters of the Pacific Ocean on the edge of the cliffs. The bridge forms part of the 140 km Grand Pacific Drive, which stretches from Sydney in the north to the Shoalhaven region in the south. The Sea Cliff Bridge is located only 20 km from UOW and is part of a section of the Grand Pacific Drive which shows off the beauty of the Northern Suburbs of Wollongong.

Symbio Wildlife Park has 16 acres of spacious grounds that are home to many native Australian animals, including koalas, kangaroos and reptiles. It is also home to a range of exotic animals, including cheetahs, lemurs, meerkats and small monkeys. The park is only a few minutes drive away from other sites, including beaches, Bald Hill Lookout and the Sea Cliff Bridge.

Bald Hill Lookout is one of the most popular lookouts in the region and provides views over the ocean and along the coastline to the Sea Cliff Bridge and south to Wollongong.


Kiama is a beautiful coastal town, located only 35 min drive south of Wollongong. It is a small town with a big history and offers many things to do for the whole family, including the iconic lighthouse and blowhole, Little Blowhole, Cathedral Rocks and the Historic Terrace Houses, featuring many shops. There is also a wide selection of cafes, and small eateries plus a range of small parks, suitable for a family picnic. Kiama features 7 beaches to choose from, several of which are patrolled in the summer period. About 10 min drive north of Kiama is the Minnamurra River, which can provide a much more relaxed swimming experience for those with young families.

The Illawarra Escarpment Conservation Area features many walks that show off the amazing scenery and strong Aboriginal heritage of the Wollongong area.

Ocean views, spectacular rock formations, unspoilt beaches and delightful detours. The Kiama Coast Walk has it all – an unbroken ribbon of exploration stretching 22 kilometres from the mouth of the Minnamurra River south through Kiama to Gerringong’s Werri Beach. Completed in 2011, this modern coastal classic hugs the edge of our mighty continent while offering a mix of sealed paths, grassed tracks and beach walking. The hills are gentle enough for most fitness levels.  The views are simply breathtaking at all times of the day, all year round.  You can enjoy the Kiama Coast Walk in its entirety or simply stretch your legs on a shorter section – the choice is yours.